You may already be familiar with the tax rules for moving money from another retirement account into a rollover IRA. If you complete the transfer within 60 days, even if you have the money during the interim, there’s no federal income tax due on the rollover. To avoid complications, and to make sure you don’t break the 60-day rule, you can use a trustee-to-trustee transfer—from the administrator of your old account to the entity in charge of your new one.


But the consequences of not completing the rollover on time can be serious. The distribution will be treated as a taxable event, and you’ll have to pay tax on the distribution at ordinary income rates, currently reaching as high as 35%. Plus, if you’re under age 59½, you’ll probably also have to pay a 10% early withdrawal penalty on the taxable amount.


However, the tax law includes a noteworthy exception. The IRS may agree to waive the 60-day requirement if imposing a tax penalty would be inequitable or against good conscience. In making its assessment, the IRS will examine all relevant facts and circumstances, and a recent private letter ruling (PLR 201021040) suggests it may be inclined to show leniency. 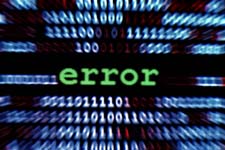 In the case that the ruling addresses, an IRA participant decided to roll over funds in an existing IRA to a new one. Prior to receiving a distribution from the existing IRA, the participant consulted with a financial advisor, who erroneously told the participant he had 90 days (instead of 60) to complete the rollover.


Acting on the financial advisor’s advice, the participant temporarily parked the funds in a non-IRA account, with the intention of rolling over the funds to the new IRA. But he didn’t compete the rollover until 83 days after he had received the distribution. The participant was able to provide documentation supporting his assertion that he had relied on his advisor’s poor advice.


The IRS noted that the documentation backed up the participant’s claim that his failure to meet the deadline was really the fault of his advisor. The participant had lived up to “his end of the bargain,” according to the private letter ruling, by redepositing the funds in an IRA within 83 days. Based on these facts, the IRS granted a waiver of the 60-day requirement.


Of course, the IRS can’t always be counted on to forgive even unintended errors, and making any kind of mistake with your retirement plan assets could be very costly. If you’re considering a rollover, or if you have questions about any aspect of your retirement plan, please set up an appointment so that we can work with you to make sure that the moves you make are timely and sound.