Should You Undo Or Redo A Roth?

Deciding whether to convert a traditional IRA to a Roth IRA is a big decision. It includes several variables, such as your age, income tax bracket, and your overall financial status. Another complicating factor is the 3.8% Medicare surtax on certain investment income. Consider all of these points before pulling the trigger.

But also be aware that a conversion doesn’t have to be forever. If circumstances dictate, you can undo a Roth conversion (called a “recharacterization”). And then, should the situation call for it, you could even “reconvert” back to a Roth at a later date, if you meet the deadline.


Let’s start with the basics. The main attraction of a Roth IRA is the promise of future tax-free distributions (unlike withdrawals from traditional IRAs, which are taxed as income). What’s more, you’re not subject to the mandatory distribution rules that apply to traditional IRAs. 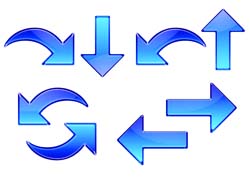 When you convert some or all of the funds in a traditional IRA into a Roth IRA, you must pay income tax on the “taxable portion” (the part of the converted amount that represents tax-deductible contributions and earnings) based on the value on the day of the conversion. So you should figure out the tax bite before you convert. And keep in mind that if you have to use funds from the IRA to pay the conversion tax, you’re diluting the benefits of making the switch.


But what happens if the value of your IRA funds drops precipitously after you’ve converted to a Roth? That problem plagued many IRA owners during the recent stock market downturn. If that happens, you can choose to recharacterize your Roth IRA back into a traditional IRA. For example, say you convert to a Roth now when the account is valued at $500,000. If you’re in the top 39.6% tax bracket this year, the conversion tax is $198,000 (39.6% of $500,000). Should the account value suddenly fall to $450,000, you’re paying $19,800 more in tax (39.6% of the $50,000 difference) than you would have had to pay if you had waited to convert.

You also might choose to recharacterize a Roth if you unexpectedly need cash for an emergency. The deadline for recharacterizations is your tax return due date for the year of the conversion (plus any extensions).

Finally, you have the option of reconverting your account back to a Roth later if that suits your needs. The earliest date you can reconvert is the later of:


In other words, in most situations, you’ll have until the following year to decide whether to reconvert. The tax law affords you plenty of leeway to convert, recharacterize, or reconvert.