"Ghost Story" Can Haunt Your IRA

The rules for contributing to an IRA are relatively simple. You put in the money for each tax year by the required deadline—the tax return due date for the year of the contribution—and tell the account custodian how you want the funds invested. In addition, you might roll over funds to an IRA from a 401(k) or another kind of “qualified plan” at work when you change jobs or retire. That way, your money can continue to grow without being eroded by taxes until you make a withdrawal.


The rules for distributions, in contrast, are extremely complex. In particular, complications may arise as you approach the time for taking “required minimum distributions” (RMDs) from your IRA. Make the wrong moves and your heirs might be forced to receive payouts based on your “ghost life expectancy.”

For IRA owners, the "required beginning date" (RBD) for RMDs is April 1st of the year after the year in which they turn age 70½. For instance, if someone reaches that age on June 1,of this year, the RBD is April 1 of next year. The amount of the RMD is based on the value of your accounts on December 31st of the tax year of the RMD and is calculated according to an IRS-approved life expectancy table. And here’s where things get complicated. 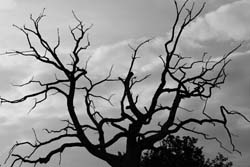 A ghost life expectancy isn’t as scary as it sounds. It’s how long the IRA owner would be expected to live—if he or she hadn’t already died. But using an older owner’s life expectancy table will still drain the IRA faster than usual.

Suppose that Walter Mason, age 80 and single, has $750,000 in his IRA. Walter named his estate as the beneficiary of his IRA. He dies on July 1 this year without taking an RMD for the current tax year.

Good planning can minimize the impact of RMDs and help preserve your retirement nest egg.