Good News On The Economy And A Tax Alert 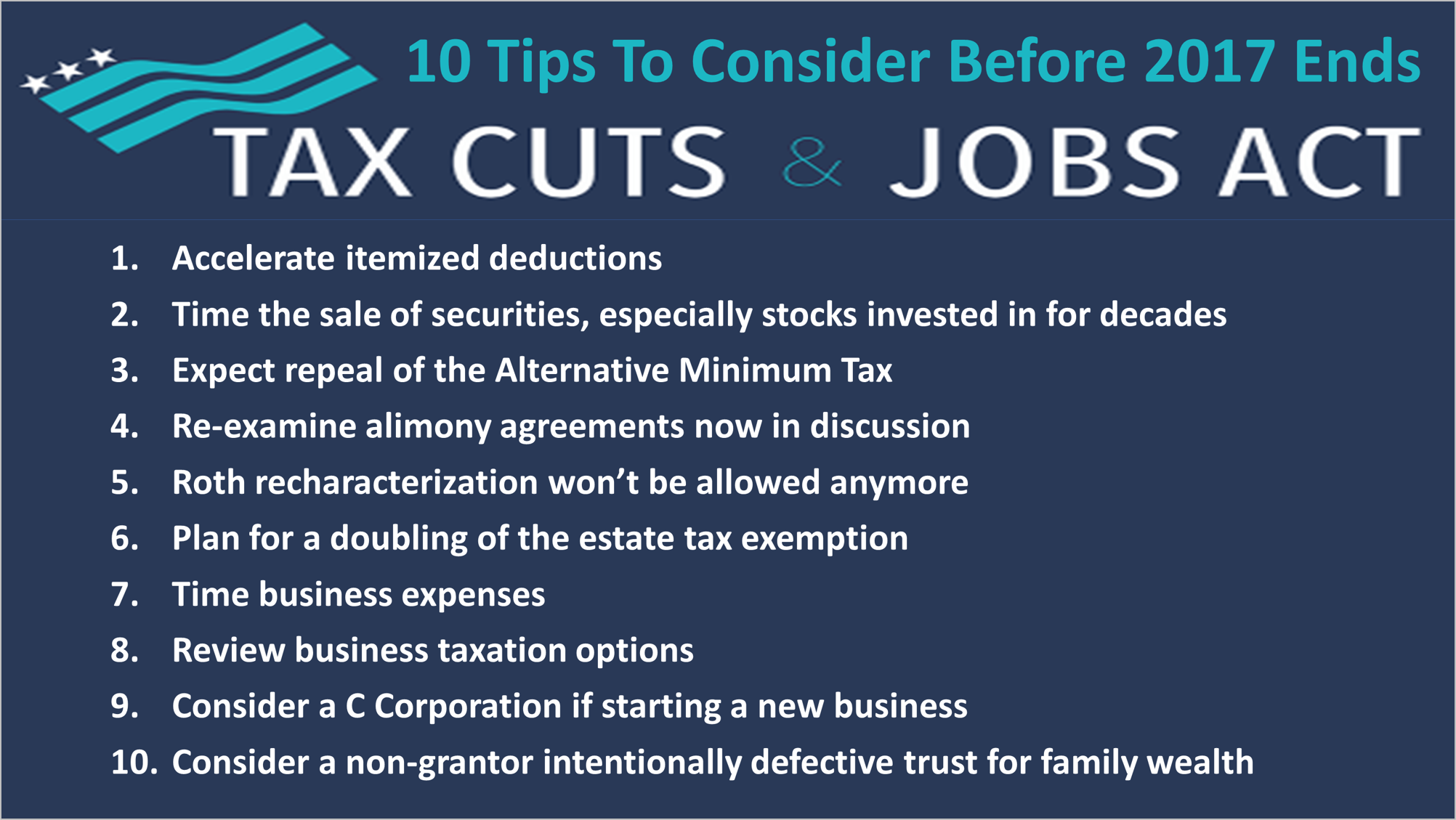 The U.S. Congress on Friday put the final touches on the biggest revision of the U.S. Tax Code since 1986, requiring immediate attention to reduce your 2017 tax liability before the year ends.


While the exact timing was not yet set, the Tax Cuts And Jobs Act was expected to be ratified by majority votes by the Senate and House Congress next week and signed into law by President Trump before the end of the year.


The new law provides $1.5 trillion in lower taxes over the next decade. It will eliminate or limit many deductions in 2018, creating many last-minute opportunities to cut your tax bill by the end of 2017.


The legislation is still not guaranteed to be enacted, but it is hurdling toward passage. The exact wording of the new law was released Friday evening. We will be updating you with tax-saving tactics in our email newsletter over the next two weeks. 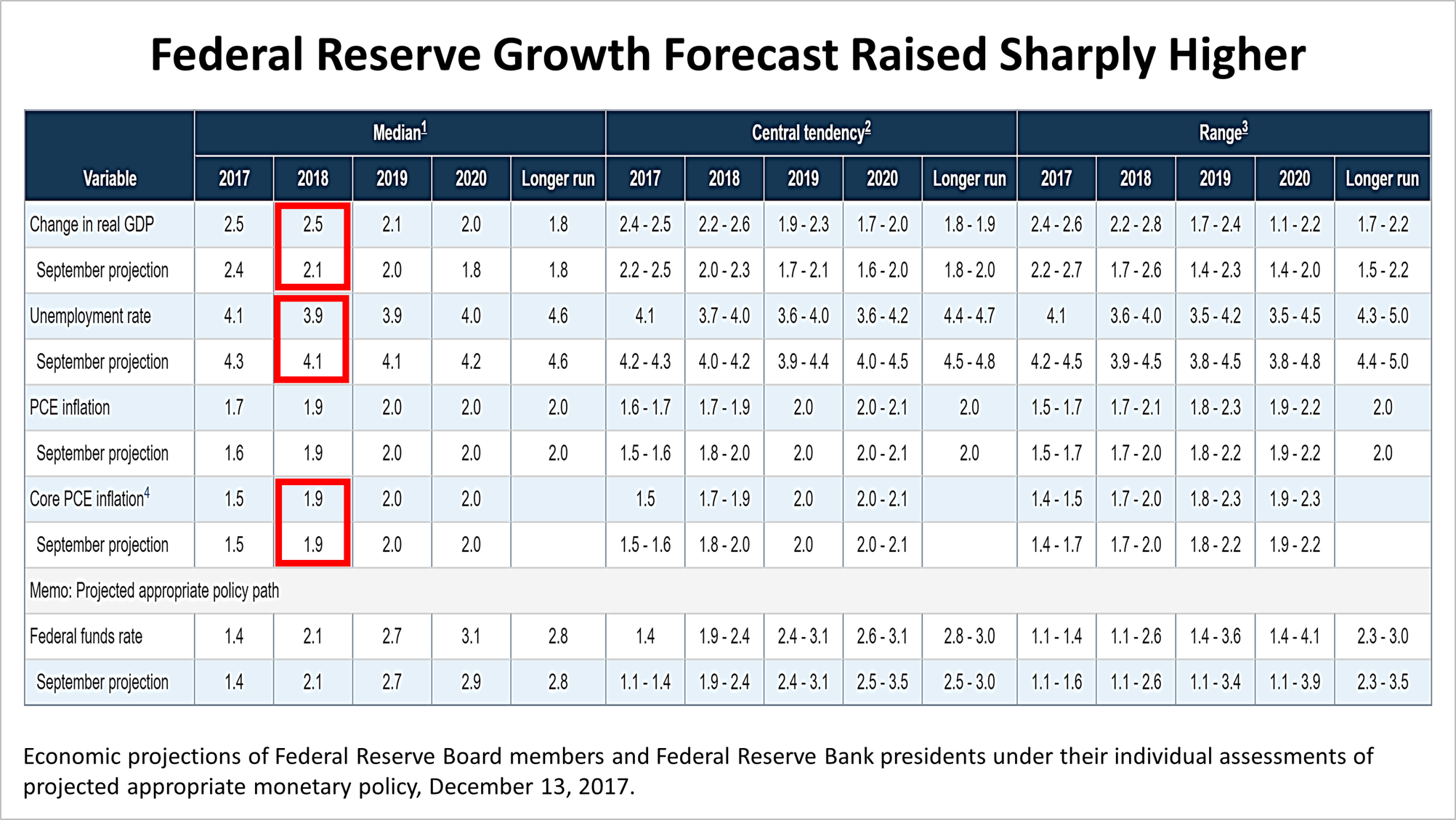 In other news affecting your wealth, the Federal Reserve on Wednesday revised its expected growth rate for the economy in 2018 up from its September forecast of 2.1% to 2.5%. Thus, in three months, the nation's central bank hiked the growth rate by 25% - a large revision.

Significantly, despite the faster growth forecast, the Fed did not raise its projection for inflation. Faster growth with no rise expected in inflation is a formula for stronger real growth. 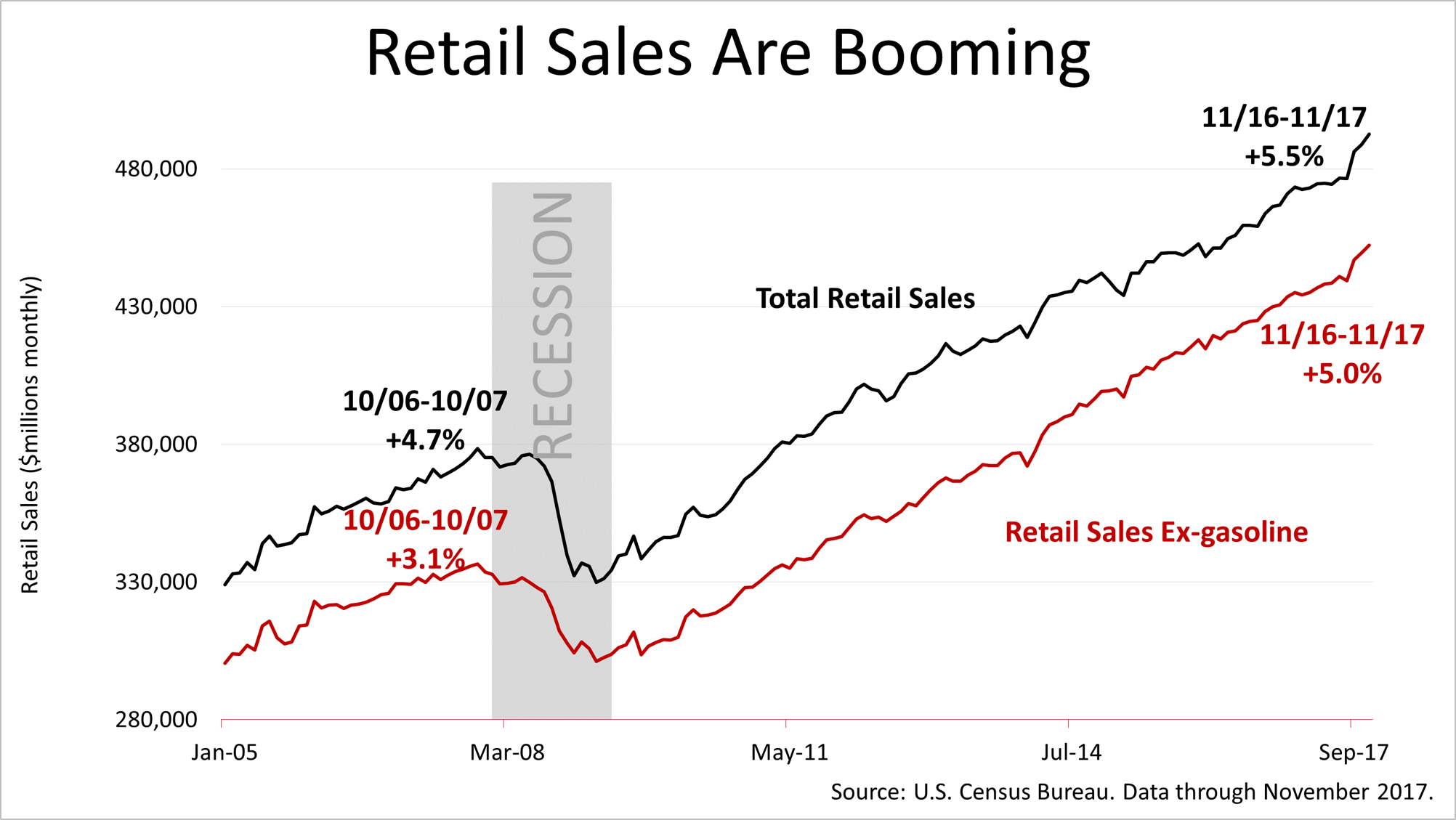 Retail sales figures released Thursday by the U.S. Census Bureau confirmed that a strong surge was underway in the last few months. Excluding gasoline, because its volatile price can distort the trend, total retail sales in the 12 months through November 2017 rose by 5%. That's much higher than the 3.1% peak growth rate for retail sales in the last economic expansion. 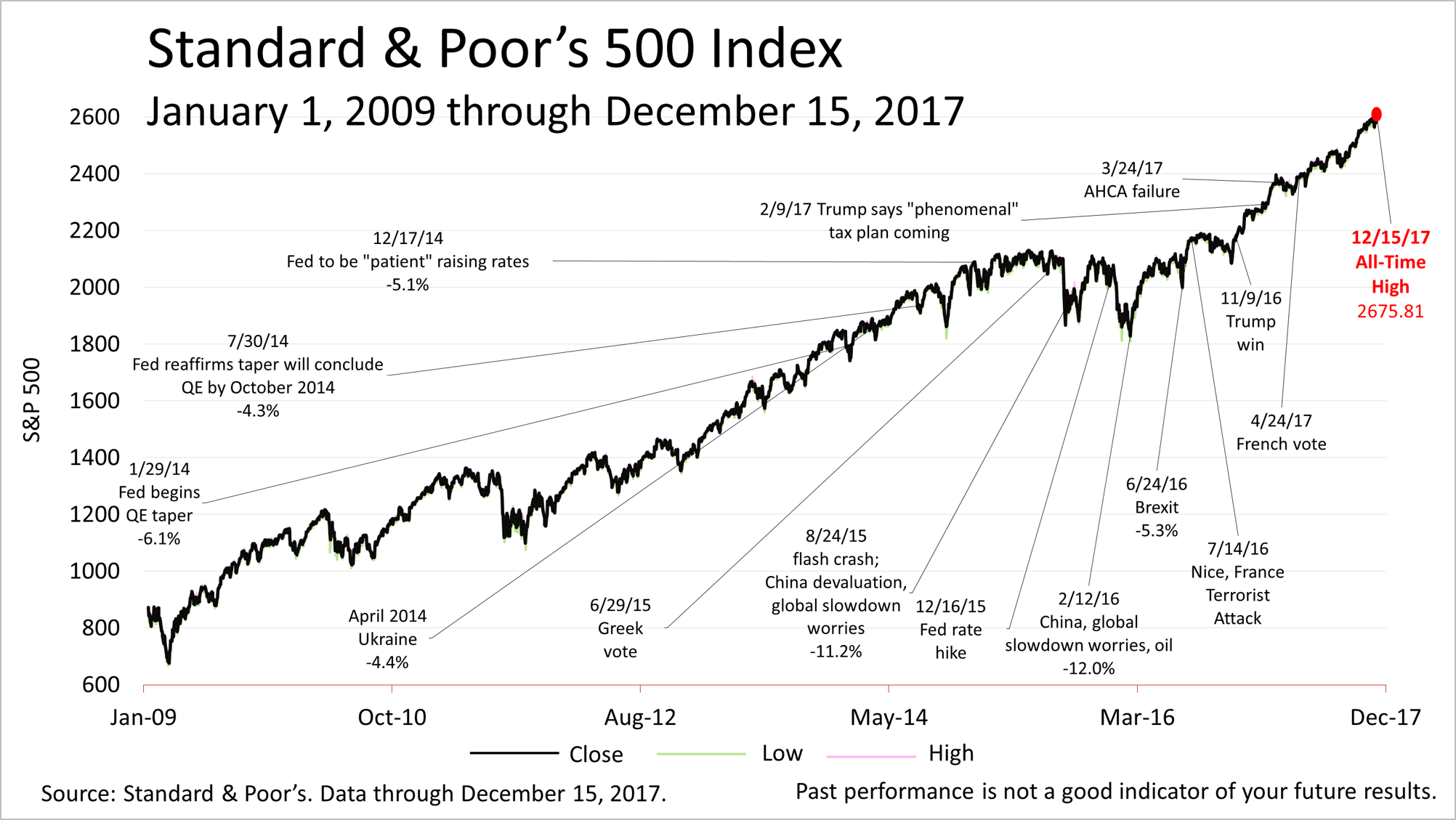 Stocks repeatedly have broken records for months and they did it again on Friday. Despite lingering uncertainty about tax reform, a major political scandal, the nuclear standoff with North Korea and no shortage of other worries, the Standard & Poor's 500 stock index closed Friday at a new all-time high of 2675.81. The index has soared more than 20% in the past year and stocks have played a starring role as the key growth component in diversified portfolios.

A 10% or 15% drop could occur at any time on bad news, and the chance of a bear market decline of 20% or more increases as the eight-and-a-half-year bull market grows older. However, the newly released Federal Reserve forecast for the U.S. is bright, the world economy is growing in synchronicity with the U.S for the first time in many years, and the new tax law is expected to bump earnings estimates higher, and earnings drive stock prices. So the bull market could continue, possibly for a long time, and head higher still.

Projections of change in real gross domestic product (GDP) and projections for both measures of inflation are percent changes from the fourth quarter of the previous year to the fourth quarter of the year indicated. PCE inflation and core PCE inflation are the percentage rates of change in, respectively, the price index for personal consumption expenditures (PCE) and the price index for PCE excluding food and energy. Projections for the unemployment rate are for the average civilian unemployment rate in the fourth quarter of the year indicated. Each participant's projections are based on his or her assessment of appropriate monetary policy. Longer-run projections represent each participant's assessment of the rate to which each variable would be expected to converge under appropriate monetary policy and in the absence of further shocks to the economy. The projections for the federal funds rate are the value of the midpoint of the projected appropriate target range for the federal funds rate or the projected appropriate target level for the federal funds rate at the end of the specified calendar year or over the longer run. The September projections were made in conjunction with the meeting of the Federal Open Market Committee on September 19–20, 2017. One participant did not submit longer-run projections for the change in real GDP, the unemployment rate, or the federal funds rate in conjunction with the September 19–20, 2017, meeting, and one participant did not submit such projections in conjunction with the December 12–13, 2017, meeting. 1. For each period, the median is the middle projection when the projections are arranged from lowest to highest. When the number of projections is even, the median is the average of the two middle projections. 2. The central tendency excludes the three highest and three lowest projections for each variable in each year. 3. The range for a variable in a given year includes all participants' projections, from lowest to highest, for that variable in that year. 4. Longer-run projections for core PCE inflation are not collected.